What Is DNS Security?

DNS is becoming a more common target of network attacks. As one of the oldest and most relied-on protocols of the modern Internet, DNS is utilized by almost all other services and protocols, making DNS an appealing target to attackers. Because it is one of the most relied-on protocols, stopping attacks can’t be as simple as adding a firewall rule. It is good to know how these attacks work before discussing solutions to stop them.

The process of securing DNS is complicated because, unlike most other protocols, the principal purpose of DNS is to both publish information as well as allow clients to access that information. So, the methods we use to defend DNS, often have to stay away from the classic, simple blocking techniques.

We often get asked, “What is DNS Security and how does it work?”. In this section of the site, we try to answer just that. The tools at our disposal to protect DNS include but are not limited to signature recognition, Resource Rate Limiting(RRL) and Response Policy Zones(RPZ). First, let’s briefly review the history of DNS and what it includes. 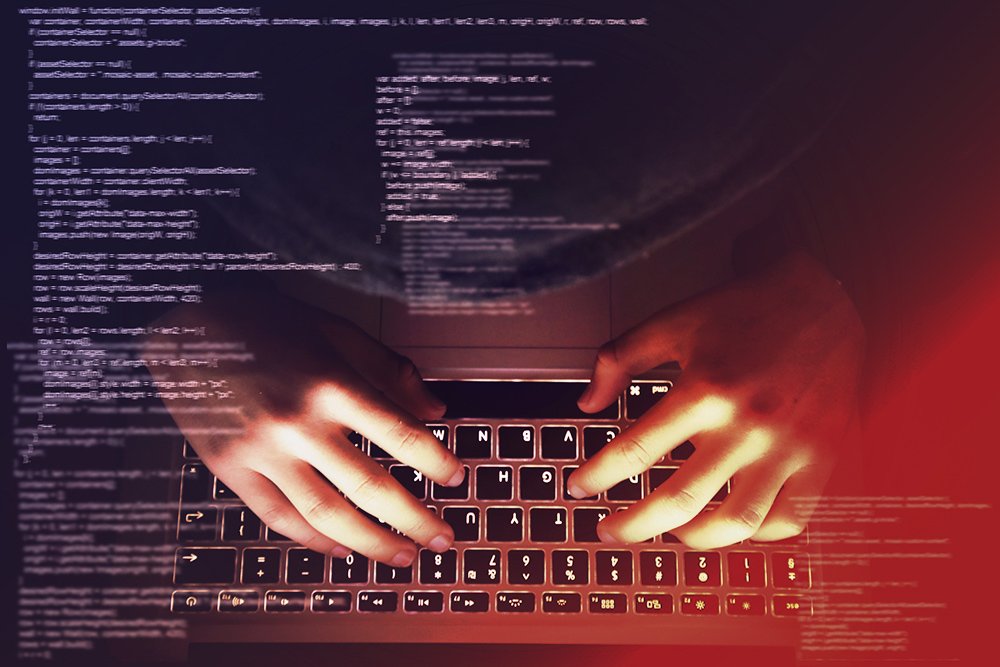 DNS stands for Domain Name System and is an Internet protocol that converts human-readable names to IP addresses, changes IP addresses back to names, and provides easy-to-remember names for many Internet-based services, such as e-mail.

At the dawning of the Internet, or as it was known back then, the ARPANET (Advanced Research Projects Agency Network), very few people and machines were online. Each computer using the Internet had an IP address, but since there were so few IP addresses, memorizing them was not a big deal.

As the number of machines quickly grew, people thought it would be a good idea to use more human-friendly names. Instead of remembering a computer’s IP address, such as 128.171.32.45, ARPANET users could enter names such as GOPHER-HAWAII. A single text file named HOSTS.TXT served as a name-to-address map. The Stanford Research Institute (then a part of ARPANET) manually maintained the file, also known as the hosts file, in a single place, and distributed it to ARPANET users.

This centralized system quickly proved unscalable. Computer scientist and Internet pioneer Paul Mockapetris began work writing a standards document to define a replacement for host files. He took his proposed standard to the Internet Engineering Task Force (IETF), which still today produces standards documents that define how Internet protocols should operate and interoperate.
In 1983, Mockapetris published the first standards document in the IETF related to DNS. This document would become the basis for the DNS. His proposal called for a decentralized, distributed structure of name servers. More than 30 years later, this same system is still very much in use, making Paul Mockapetris the official Father of DNS. Figure 1-1 shows a timeline that summarizes the evolution of DNS through 1987. 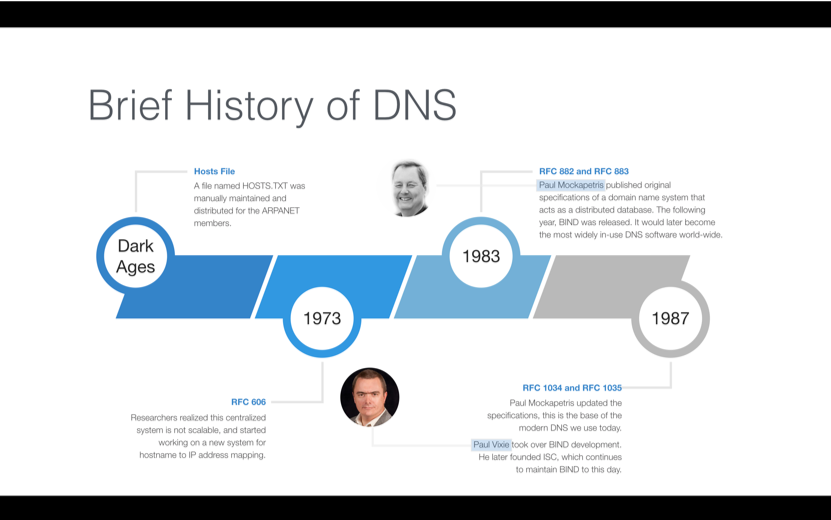 Figure 1-1: DNS is a decentralized, distributed structure of name servers that has enabled the Internet to scale.

DNS distributes responsibility for an ever-growing list of network device names. It does this by creating a hierarchy of responsibility. This hierarchy is often represented by an upside-down tree, such as Figure 1-2, where the root servers are at the top, and the leaves (which represent all the end host nodes on the Internet) are at the bottom. The entire tree represents the namespace of DNS. Each server that is responsible for part of the namespace is called a “name server.” Some name servers send packets along until they reach an answer. 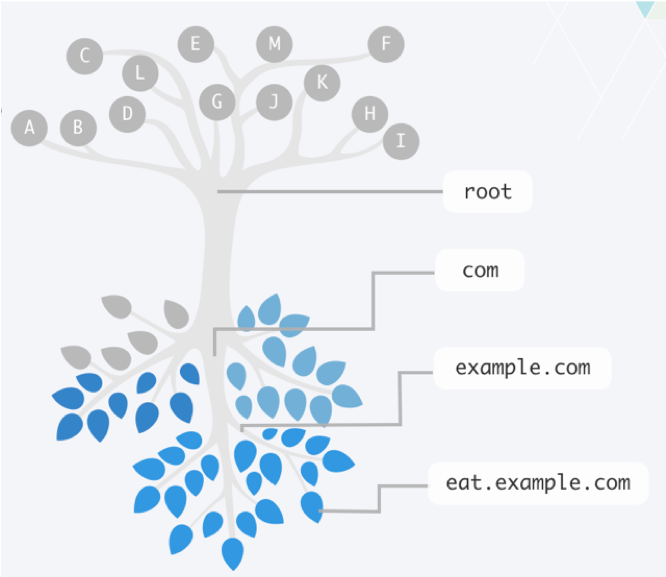 Figure 1-2: Like the branches of a tree, each domain name can have multiple subdomains.

Name resolution is the process of following these delegations of responsibility until reaching the name server that has the answer, i.e., the authoritative server for that zone. Root name servers are a critical part of the Internet infrastructure because they represent the first step in name resolution. Thus every name server in the world needs to know about them in order to walk down the tree to the end host it is looking for. The list of root name servers, including their names and addresses, resides on virtually every DNS server in a file known as the root hints file.

This process is explained in more detail in the section on Query path, Recursion, and Iteration.

A DNS zone is a domain that a party is responsible for maintaining, minus any subdomains the party delegated control of to another party. The responsible party uses that zone to maintain the resource records for that domain. Resource records map information to common names. The server where the party edits the resource records is typically called the primary name server. Because a single server isn’t enough for a robust solution, additional name servers can also be authoritative for a zone by getting a copy of the zone data from the primary server through a process called a zone transfer. These additional servers are called secondary name servers. 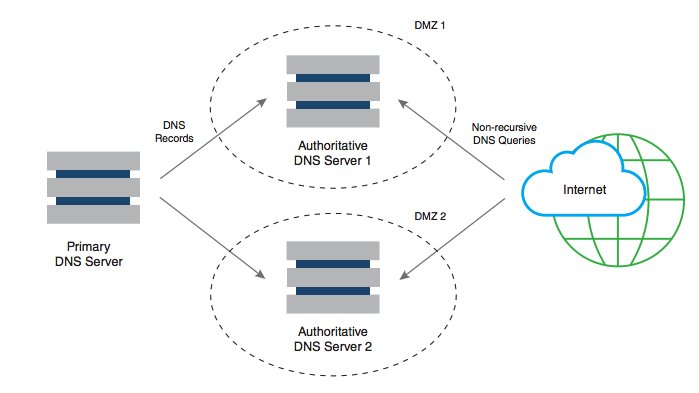 Figure 1-3: Primary and secondary name servers store the resource records for a domain.

Resource records identify the information or services associated with a given domain name.

All resource records use the same format, which we discuss in the following list:

Although all resource records share a common overall structure, they may contain different types of information in their RDATA field, such as network- or service-specific information.

For example, consider FQDN www.example.com. In this FQDN, www is the hostname, and example.com is the domain name. Each word that is separated by the dot character is also known as a label, so “www” is a label, “example” is a label, and “com” is a label.

Each of the following sections discusses a type of record and lists the most important fields in the record with example data. However, we have omitted two important fields from each section:

A records are the most common record used in DNS. These records match easily remembered hostnames to the IP addresses of the resource. Figure 1-4 is a sample A record.

Figure 1-4: The RDATA field in an A record contains the IP address of the resource.

AAAA records (or quad-A, as they are often called) are used to map hostnames to their IPv6 addresses. Figure 1-5 is a sample quad-A record.

Figure 1-5: The RDATA field in a quad-A record contains the IPv6 of the resource.

The SOA record, which stands for Start of Authority records, provides the querier, including secondary servers and recursive servers, information about the zone itself including the primary name server (pname), the responsible party (rname), and timers for how the zone and its records should be handled.

The timers that appear in the RDATA field are:

Figure 1-7: The RDATA field in an SOA record provides detailed information about the zone itself, including the primary name server, the responsible party, and timers for how the zone and its records should be handled.

CNAME records map additional names back to a hostname, like an alias. A typical use of this kind of record is to map service names to a server name.

PTR records map an IP address back to the hostnames that exist for the IP Address. PTR records are mostly used by applications and systems to determine the name associated with the IP address.

A query path is the set of queries starting from the initial question from the client and finishing with the answer the client receives. A query path can be as simple as a client asking a server and receiving an answer directly. However, a query path can also be complex and include multiple servers working together to track down the answer. Understanding the query path of a given question allows you to troubleshoot issues and identify where you need to focus your DNS security.

It’s important to understand what we mean when we say a client asks a question. When a DNS client asks simple questions like “What is the IPv4 address of www.google.com?” a stub resolver is the piece of software code that sends the DNS question. For the scope of this book, we can assume that a “client” is an application or a machine that has a stub resolver running on it. Therefore, a web browser is a client, and a laptop or mobile phone can also be a client.

Figure 1-8: Eight queries and answers make up the query path required to get this client the answer to “What is the IP address of www.example.com”?

Now we can take a look at the different parts of the query path in Figure 1-8 and break down how the servers use recursion and iteration to move down the DNS tree and find the answer the client is looking for.

Recursion is the process repeatedly asking the question to name servers and following referrals until finding the name server with the answer. The recursive query says, “I would like to know the answer to this question. Moreover, if you don’t know the answer, please ask others until you’ve found the answer.” It is this behavior of asking on behalf of the end client that is considered recursion.

An iterative name query is typically sent by DNS servers to other DNS servers, in pursuit of finding the answer. A critical difference between iteration and recursion is that iterative queries must have the ability to follow referrals, i.e., track down the answer.
Figure 1-9 provides the details to the query path to illustrate how it all comes together. 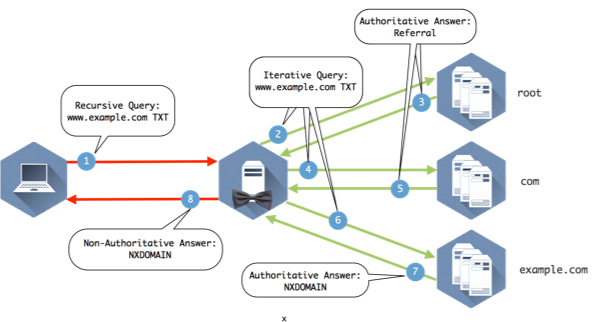