Infoblox periodically introduces new products, services, product enhancements and other offerings. As part of this process, older products and services may be discontinued. Infoblox is committed to making the transition from discontinued products to new offerings simple for our customers.

Note: Only products that are covered by a current Infoblox maintenance contract are eligible for renewal after LOD for the product.

Replacement units provided during the period after EOLA date may not be identical to systems purchased prior to product discontinuation. It is possible that replacement units may require customers to implement network changes (such as reconfiguration, software updates, and hardware upgrades) and may affect service pricing when the support contract is renewed.

Engineering support (before EOSD) applies only to the current Major or Minor Release versions during the Active Maintenance period and Limited Maintenance period for each version, as described in the Software Life Cycle table below.

Infoblox reserves the right to provide bug fixes, patches, and/or service releases only for the currently supported releases, and may require that the customer upgrade to that current version before applying the patch, fix, or service release.

After EOTS, Infoblox will no longer accept technical support calls on that release unless specifically communicated differently by Infoblox. 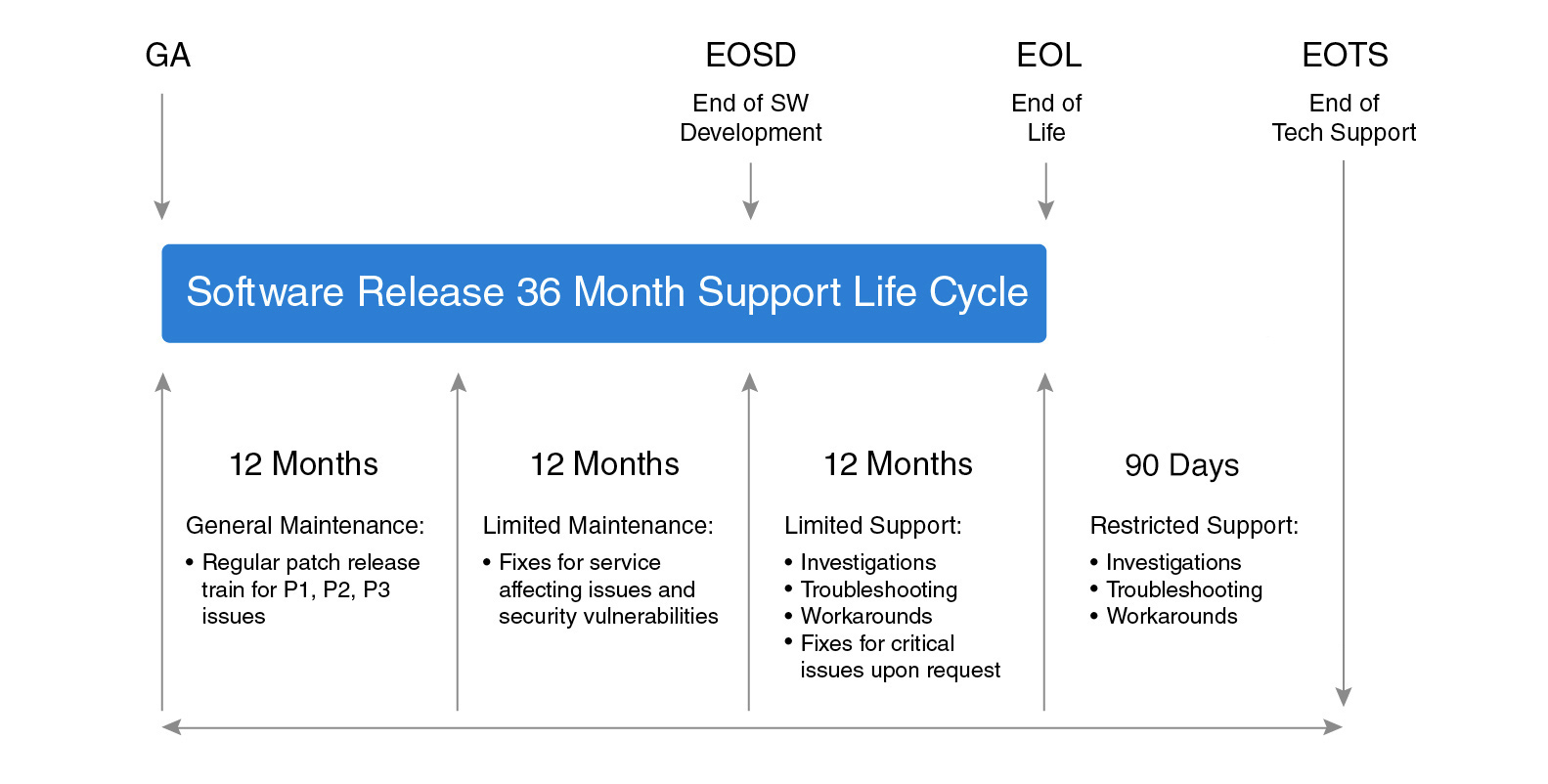 Infoblox reserves the right to change this EOL Policy and to reduce or amend its maintenance offerings available for renewal under this EOL Policy at any time, with or without prior notice.

Scope of Support Services and Prices

The scope of services and prices remain subject to modification and change from time to time.